This Mt Etna White -Let’s Call it a “Grand Crus” 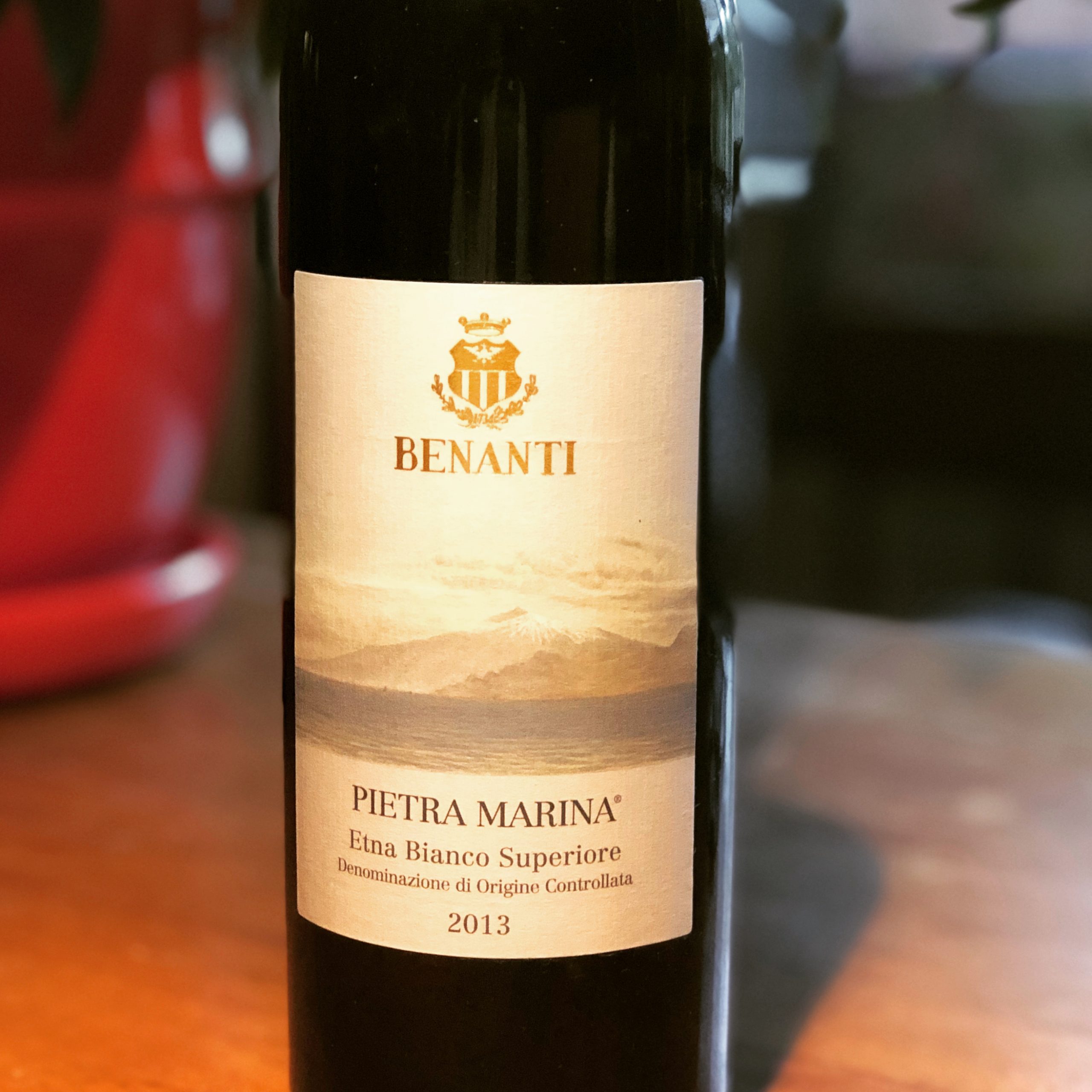 If there were a grand crus white in Sicily, the Benanti Pietramarina would qualify.

When friends give you this as a thank you — you know they appreciate you! 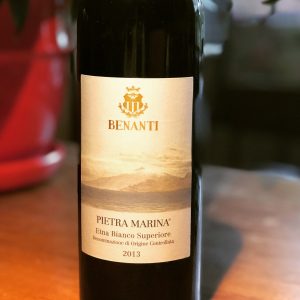 80 year old vines of Etna’s indigenous Carricante grape grow on the southeastern side of the active volcano. Growing for decades at extremes on the sandy volcanic soils of Mount Etna produce profound wines.

The hallmark of the Pietramarina Carricante is salinity and minerality from sea breezes to the east, but still wrapped around silky weight on the palate with notes of orange rind and almond. The Benanti family have been growing vines on Etna since the 1880’s, but it wasn’t until 1988 that the estate began to gain attention first in Sicily, then Italy, and abroad. Cool altitude breezes and stainless steel aging keeps the wine tight and fresh on the palate, while the acidity and those old vines allow it to evolve in the bottle.

Have you found a bottle?  Sipped it yet?  When you do, let me know what you think.   MaryBeth@crushcoursewine.com

Let’s take a deep dive into the wines of Central

Do you know the white wines of Lugana? They are ag 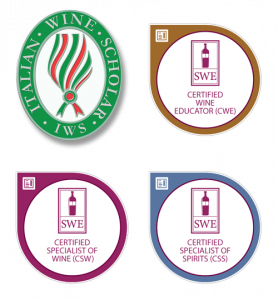 When this happens, it's usually because the owner only shared it with a small group of people, changed who can see it or it's been deleted.
View on Facebook
· Share

It’s Today, 12:00 noon Pacific! Love a white wine with acidity and minerality, yet a richer moothfeel and evolves with age? Get to know LUGANA- made from Italy’s noble white grape, Turbiana. Join me as I guest-host VeroVino’s next VeroTalk. Discover why Lugana should be your next go-to summer white wine and hear about the farming-with-nature practices of Cantina Zamichele winery. They’ll be coming to you live from their winery on the shores of Lake Garda, Italy. Go to Verovinogusto Facebook page for this Facebook Live. Wednesday, May 11, 12:00pm PT, 3:00pm ETlugana #luganalover #indigenousgrapesofitaly #turbiana #lagodigarda #farmingwithnature #virtualevent Sheila Donohue ... See MoreSee Less
View on Facebook
· Share

Meet one of Italy’s greatest white wines – LUGANA! Can’t get to Lake Garda? Join me online Wed., 5/11. I host a VeroTalk education and tasting with Alessandro Zamichele of CANTINA ZAMICHELE, live from the shores of Lake Garda. We’ll chat about the indigenous TURBIANA grape and the wines it produces–some of the most delicious, age-worthy yet crisp and mineral wines on the planet. We’ll also talk about his “unconditional respect for nature” farming practices (note beautiful critters on the label).Order your duo set of his Lugana wines to taste along with us at VeroVinoGusto.com. Register at Verovinogusto to be on the Zoom or simply join us on Facebook Live. I’ll be your host – Wednesday, May 11, 12:00pm PT, 3:00pm ET (9:00pm in Italia!) Enjoy Lugana wines any day, with fresh seafood next to a lake, With yummy soft cheeses, or let them age and save for your favorite friends. Verovinogusto Sheila Donohue #lugana #luganalover #indigenousgrapesofitaly #turbiana #lagodigarda #farmingwithnature ... See MoreSee Less
View on Facebook
· Share